The ceremony was a joyous and historic occasion for the people of the Archdiocese of Tuam and for Archbishop Francis himself.  While it was hoped to celebrate the Installation with as many people as possible in attendance, and at the same time respecting the public health advice and the current official guidelines, this was not possible due to the widespread circulation of the coronavirus in the community.

The congregation in the Cathedral was therefore limited to members of Archbishop Francis’ immediate family and a number of close friends, His Excellency Jude Thaddeus Okolo, Apostolic Nuncio to Ireland, Archbishop Michael Neary and a small number of bishops including the bishops of dioceses in the Tuam Province (Achonry, Clonfert, Elphin, Galway and Killala), members of the Tuam Council of Priests representing the clergy of the diocese, and members of the College of Consultors to whom the Holy Father’s letter of appointment must be shown.  The laity and religious living in the Archdiocese were also be represented at the Mass.

In his words of welcome at the Mass, Archbishop Michael Neary said, “What a wonderful day this is for the Archdiocese of Tuam, when we gather – in person or virtually – to witness and to celebrate the arrival of our new Archbishop among us.  We cannot but feel the presence of God on this joyous and historic occasion.  God’s immortal words spoken through the prophet Jeremiah have a special relevance for us in Tuam today: “I will give you shepherds after my own heart, who will pasture you wisely and discreetly. […].  For I know the plans I have in mind for you, […], plans for peace, not for disaster, to give you a future full of hope.” (Jeremiah 3:15; 29:11)  Our response, then, is a simple but heartfelt “Thanks be to God”.

Archbishop Neary offered a particular welcome to Archbishop Duffy, saying, “I reserve the warmest welcome for our new Archbishop.  Céad míle, míle fáilte romhat a theachtaire Dé!  Francis, this is your day and we are delighted for you; we congratulate you on your appointment, we rejoice with you, we pray for you, and we offer our wholehearted support as you assume your new responsibilities as Metropolitan Archbishop.”

The archbishop went on to offer words of gratitude to the people of God in the Archdiocese of Tuam –  the lay faithful young and old, religious, priests and deacons.  He said, “I thank you that over fifty years as a priest, thirty years as a Bishop and twenty-seven years as your Archbishop you have prayed for me, befriended me, supported and encouraged me.  From the islands off the western seaboard to the island parish of Moore on the eastern boundary, you are the people from whom I have learnt so much.  With you I have journeyed, we have prayed together, we have celebrated together, we have dealt with challenges together, and very briefly today I want thank you for being the people that you are, for reminding me of the God whom I have been called and chosen to serve.  For all of that I want to express my deep gratitude to you.  And because I know you so well, I am confident that your relationship with Archbishop Francis will be characterised by the same warmth, affection and joy.”

Following Archbishop Neary’s words of welcome, the Apostolic Mandate from the Holy Father, Pope Francis, was read by Sister Mary Lyons, Chancellor of the Archdiocese of Tuam.

I follow in the footsteps of a true shepherd – Archbishop Duffy

In his homily, the newly installed Archbishop Francis Duffy said, “Today I assume my responsibilities as Archbishop of Tuam.  I come here knowing very few and so I really look forward to getting to know the priests, religious and parishioners as I move around and meet a great variety of people. I follow in the footsteps of a true shepherd who has led this diocese with great wisdom, sensitivity, and faithfulness for 27 years as Archbishop”.  The more I learn about Tuam and the more I know Archbishop Michael’s work, the more I appreciate the breadth and depth of his shepherding and leadership.

“We know that over the decades, in the West of Ireland, many have answered the call to priesthood and religious life for service at home and abroad.  You know them, they are your family members, friends and neighbours.  The number answering that call has plummeted in recent decades.  We have heard all the facts and figures.  We just have to look around and see parishes where there were two or three priests there is now one and increasingly there are none, with parishes sharing a priest.   This is not because of any diminishment of what people think of priests and their work.  If anything, the value put on priests’ pastoral work, and liturgies, and the appreciation of their presence, is higher than ever.

“Yet, the decline continues.  Consequently, there are not enough priests to maintain the present parish arrangements.  Structures have already been modified to meet the current needs and more changes will be necessary building on good developments that have already taken place and also to accommodate and facilitate very positive new developments that will arise.

“Without a doubt the future of the Catholic Church depends, as always, on the parishioners, as well as the diminishing numbers of clergy and religious.  It depends on your faith, your enthusiasm and on how the Holy Spirit moves through you.  That is part of the baptism call of every person, not just clergy or religious, but of all the baptised.”

Archbishop Duffy reflected on the ongoing Synod in the Church. He said, It is timely, it is good and it is exciting that Pope Francis has moved the Church, worldwide, on to a synodal path, and done so with great enthusiasm and conviction.  There have already been synods and synodal type practices for several years internationally and at home.  Many dioceses continue to travel that road, it isn’t always easy, it can be challenging and it can be energising.  The Holy Spirit is present and who knows where that combination of listening, walking together and prayer and discerning will lead?   It presents a way being Church and of living out our baptism.  It is not an instant solution.  We have to remember it is a pathway not a runway.  But, it is the way to go.

“Archbishop Michael commented recently that “we have been in this diocese, already on a synodal pathway for many years”.  That is true, and it is thanks to Archbishop Michael, his clergy and to you the parishioners, and all who engage so generously and actively in the various initiatives; and with more to come.  That synodal way has been at parish level, that is where it has to start.  It is a pathway, a journey accompanied by a great variety of people.   We will continue, listening, discerning and planning as we walk together and with the Holy Spirit; I see no alternative.”

A diocese rich in pilgrimage

Addressing the rich tradition of pilgrimage in the archdiocese, Archbishop Duffy said, “We know well that there are other well-trodden pathways in this diocese.  An area rich in promoting the practice of pilgrimage.  I think of Knock, in particular, where Pope Francis came as a pilgrim.  It is now recognised by the Universal Church as an International Eucharistic and Marian shrine.  I acknowledge and congratulate the work of Archbishop Michael and Father Richard Gibbons, parish priest of Knock, in progressing that project and seeing it through to the formal announcement by the Holy Father last March on the Feast of Saint Joseph.  I think also of holy mountain of Croagh Patrick, Máméan and Ballintubber Abbey.  I look forward to engaging with you in this valuable dimension of the culture and spirit of the area.”

Reflecting on the experience of this who have been hurt by their experience of Chuch, Archbishop Duffy said,  “Judgement prevailed and set the scene for harshness, not homeliness.  Human dignity was not there for the living or the dead or the bereaved.   In November I stated “to move forward we must listen to all who have been hurt by their experience of Church”.   When he came on pilgrimage to Knock in 2018, Pope Francis spoke of this too, and he said “this open wound challenges us to be firm and decisive in the pursuit of truth and justice”.  Truth and justice are important and, in pursuit of both, I am willing to listen and to learn.

Archbishop Duffy also took the opportunity to reflect on the difficulties of the past two years of the Covid-19 pandemic. He said, “Many people have suffered greatly during the last two years. Sadly, for some there has been death and bereavement, illness, loss of employment, risks and isolation.  The experience of the lockdowns, the continuing threat and the restrictions have had a very negative impact on many people.  We have also witnessed good neighbourliness, and those who continue with essential services and help keep us safe and keep life going as normally as possible.”

Concluding his homily Archbishop Duffy said, “Even though there are small numbers here today and there are many watching on the Cathedral’s livestream, and I warmly welcome you and I thank you for your prayers and for being with us.  I wish to thank His Excellency, Archbishop Jude Thaddeus Okolo, the Holy Father’s representative in Ireland, for his encouragement over the last while.  I thank my brother bishops and priests and religious and all who are with us in person or in spirit from the parishes of this diocese and further afield.  Finally, I remember and thank my parents Frank and Mary Catherine Duffy of Port, my wider family and friends.  And all those I worked with in Cavan and Leitrim and more recently in Ardagh and Clonmacnois.”

You can read his homily and the full text of Archbishop Neary’s words of welcome on www.catholicbishops.ie. 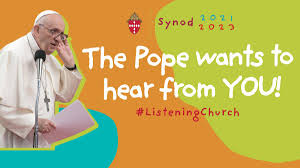 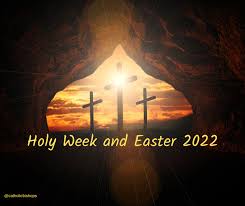 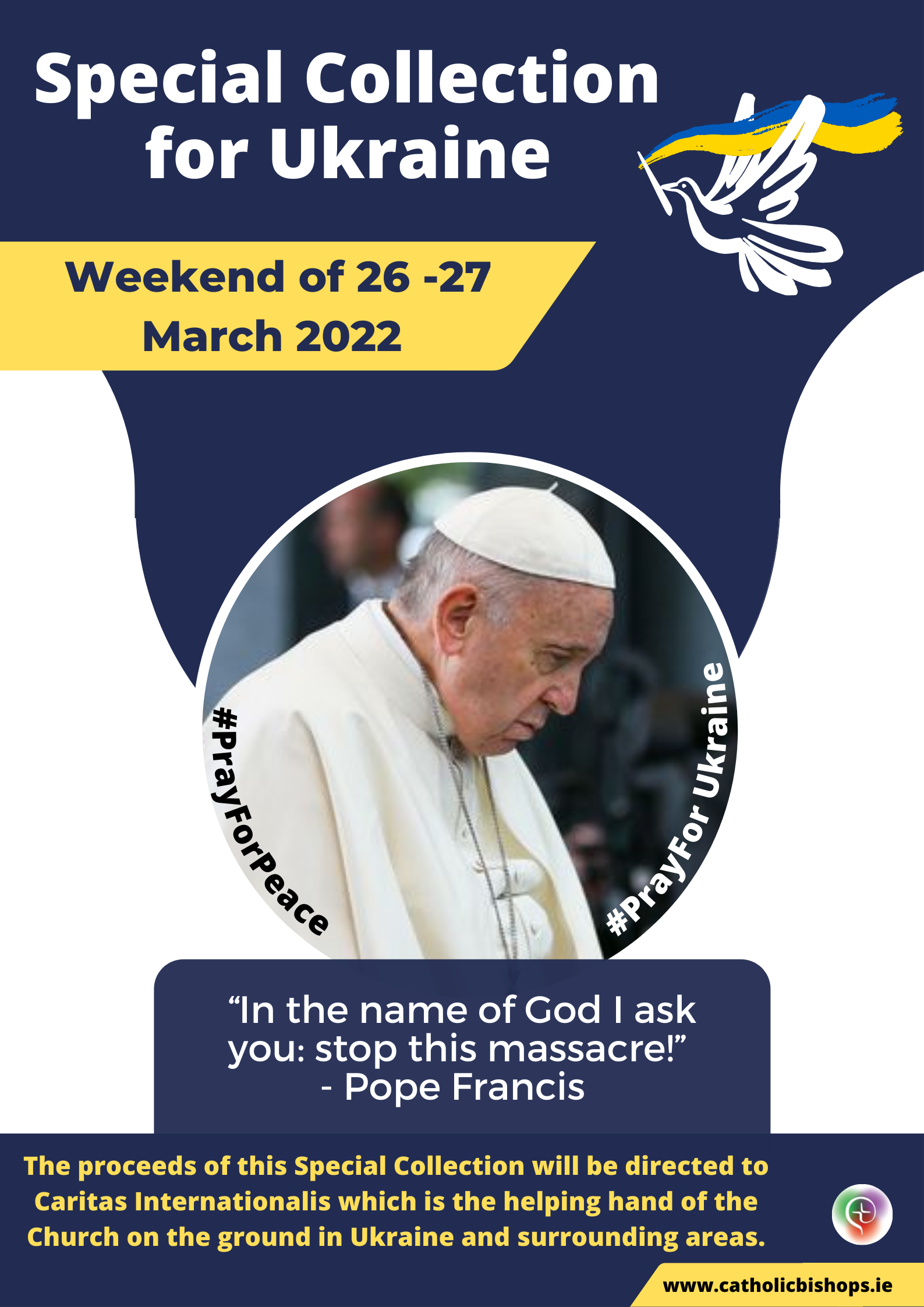 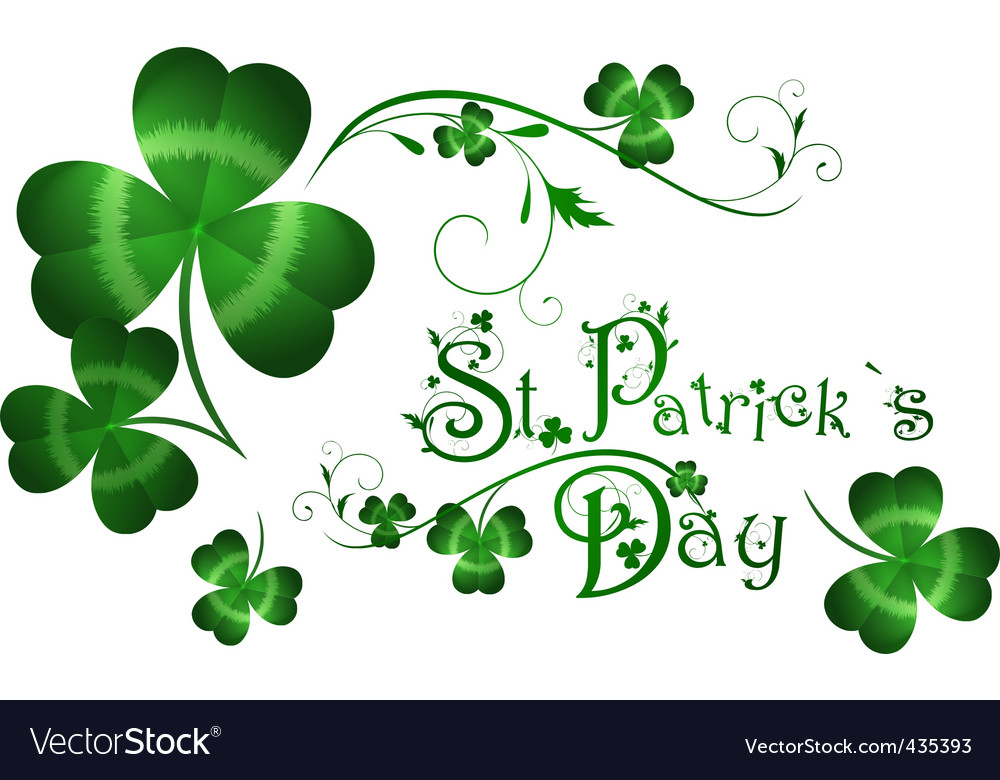